ISIS in Mexico? Feds DENY watchdog group's claim that the terror group is operating in Juarez and plans 'imminent' car-bomb attacks on US targets

The Department of Homeland Security quickly denied claims on Friday from a watchdog group that the Islamic State of Iraq and al-Sham (ISIS) has militants stationed in Juarez, Mexico who plan an 'imminent' attack against the United States.
A DHS spokesman was bewildered, telling MailOnline that 'we are aware of absolutely nothing credible to substantiate this claim' made by Judicial Watch, a center-right group.
'In Mexico?' the official said on the phone. 'I haven't seen that at all.'
An hour before Judicial Watch's report surfaced, Homeland Security Secretary Jeh Johnson said publicly that his agency and the FBI 'are unaware of any specific, credible threat to the U.S. homeland' from the terror network.
And during a late-morning media briefing, White House Press Secretary Josh Earnest said flatly that 'the most detailed intelligence assessment that I can offer from here is that there is no evidence or indication right now that [ISIS] is actively plotting to attack the United States homeland. That’s true right now.'
Scroll down for video

Judicial Watch President Tom Fitton, shown this week in an unrelated TV interview, said his organization had credible information suggesting that the terror group ISIS is planning car-bomb attacks in the US

'Unaware of any specific, credible threat': Homeland Security Secretary Jeh Johnson said Friday that the US doesn't have any intelligence supporting an ISIS-threat theory, but Fitton insisted 'you could drive a truck bomb through' loopholes in his denial
But Judicial Watch president Tom Fitton said in an interview that his sources were 'golden' and called the government's insistence 'so dishonest.'
'It's a non-denial denial,' he told MailOnline.
Citing Johnson's use of words like 'credible' and 'specific,' Fitton said, 'You could drive a truck bomb through that loophole. DHS has not denied our story.'
Judicial Watch reported Friday, based on sources that it would not identify to MailOnline out of concern for their safety, that ISIS terrorists are 'planning to attack the United States with car bombs or other vehicle born [sic] improvised explosive devices.'
The group said a 'warning bulletin for an imminent terrorist attack' had been issued to 'agents across a number of Homeland Security, Justice and Defense agencies,'instructing them 'to aggressively work all possible leads and sources' to prevent it.
It also claimed the commander of Fort Bliss, a U.S. Army base near the Juarez border crossing, has been briefed on the threat.
'This is dire,' Fitton said. 'Look, this needs to be – It's impossible for me to overstate the seriousness of the threat.'
'The president calls ISIS a Jayvee terror organization, and now we have a report they're in Juarez, planning attacks with al-Qaeda.'
Fitton predicted that the federal government may be playing a stalling game, with the anniversary of the 9/11 terror attacks approaching in less than two weeks.
'This may be a case of them saying two weeks from now that they took care of the threat the Judicial Watch was saying [was there],' he said.
Later in the afternoon the Fox News Channel and Breitbart.com both published stories about a situation report distributed to law enforcement agencies by the Texas Department of Public Safety.
Fox didn't respond to questions about whether the documents were the same, but a Breitbart reporter said they were.
Fitton said Judicial Watch did not base its reporting on the same bulletin they cited.

Map: The Department of Homeland Security quickly denied claims on Friday from a watchdog group that the Islamic State of Iraq and al-Sham (ISIS) has militants stationed in Juarez, Mexico

ISIS, a fearsome and deadly terror group that dominates much of Iraq and Syria, now includes some militants with passports from the US and other Western nations, a fact that worries American intelligence agencies

Nope: White House Press Secretary Josh Earnest said US intelligence services have 'no evidence or indication right now that [ISIS] is actively plotting to attack the United States homeland'
White House: No specific threat to US homeland from ISIS

'The Texas bulletin is not inconsistent with our information,' he said, but 'our story highlights more specific and imminent warnings.'
'It would not surprise us if it turns out the Texas bulletin is a watered-down-for-public-consumption-version of what our sources report.'
Fox News described a 'three-page bulletin, entitled "ISIS Interest on the US Southwest Border".'
'Social media account holders believed to be ISIS militants and propagandists have called for unspecified border operations,' the bulletin read, according to Fox, 'or they have sought to raise awareness that illegal entry through Mexico is a viable option.'
Breitbart had published its own report two hours earlier, reproducing a portion of one page.
That page showed a recent video stunt in which conservative filmmaker James O'Keefe demonstrated the ease with which a terrorist could cross the Rio Grande River by donning an Osama bin Laden mask and wading from Mexico into Texas.
Neither news outlet claimed the law enforcement bulletin articulated any warnings about an imminent terror attack.

Cuidad Juarez: The crime-ridden Mexican border town opposite El Paso, Texas has become a staging ground for illegal immigrants – including drug cartel members and narcotics smugglers – to enter the US illegally

Copy link to paste in your message
+7
Judicial Watch claimed the commander of Fort Bliss, an Army base in Texas, has been briefed on
But Fitton stuck to his guns, insisting that the threat of an ISIS incursion into Texas – Juarez abuts El Paso with just the Rio Grande in between – is real.
'We take it seriously,' he said. 'We didn't put it out there lightly.'
In a nod to his organization's frequent alarms about border security in America's southwest, he suggested that if the Obama administration was waving reporters away from the story, it was in order to draw attention away from illegal immigration concerns.
'I can't say who in Washington knows about this,' Fitton said. 'But to be sure, this is exactly the type of information that this administration would have an interest in minimizing, downplaying and withholding, to distract from the disaster on the border and the national security threat there.'
Earnest, President Barack Obama's chief spokesman, told reporters on Friday that America's border crisis is over 'for now.'
Posted by HORN OF JUSTICE at 11:06 PM No comments:

A gang of anti-Semitic thugs roughed up a Jewish man and his wife on the Upper East Side on Monday evening before fleeing in cars flying Palestinian flags, police sources told The Post.

Two cars and multiple motorcycles pulled up to the couple on East 63rd Street near Third Avenue just after 8 p.m., and the assailants began yelling “anti-Jewish statements,” the sources said.

One of the goons threw a water bottle that hit the wife, and the 27-year-old husband was punched in the side of his head when he came to her defense, according to law enforcement sources.

Police sources said the creeps then raced back to their waiting vehicles, some of which bore Palestinian flags, and took off.

The victims, who live in the area but were not identified by authorities, were not seriously injured and refused medical attention at the scene.

The hate crimes task force is investigating the assault, and police sources said that the victim may have been targeted because he was wearing a yarmulke.

There were no arrests as of early Tuesday morning and a description of the suspects was not immediately available.
Posted by HORN OF JUSTICE at 10:47 PM No comments:

Posted by HORN OF JUSTICE at 10:43 PM No comments:

If you've been uneasy with police dressing as soldiers for any excuse, if you've been having the feeling that there's been a shift in American culture. Take a look at these photos taken by 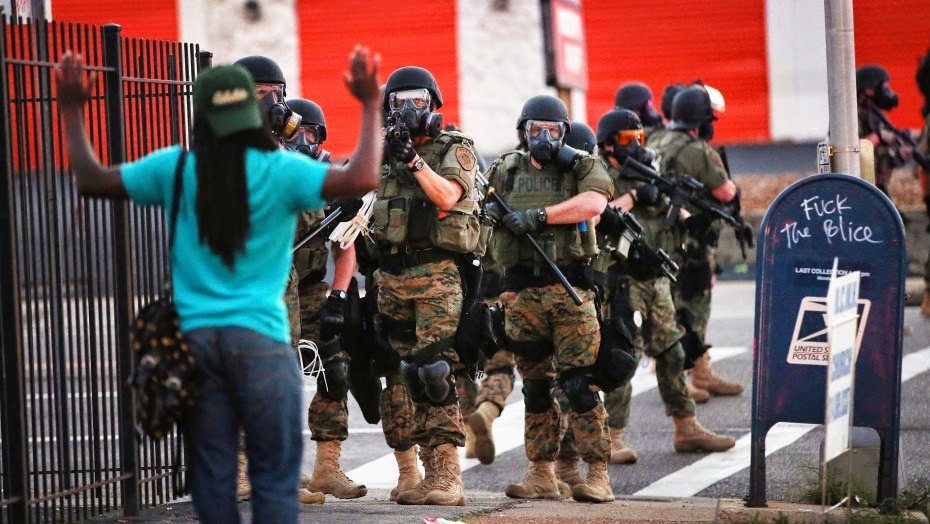 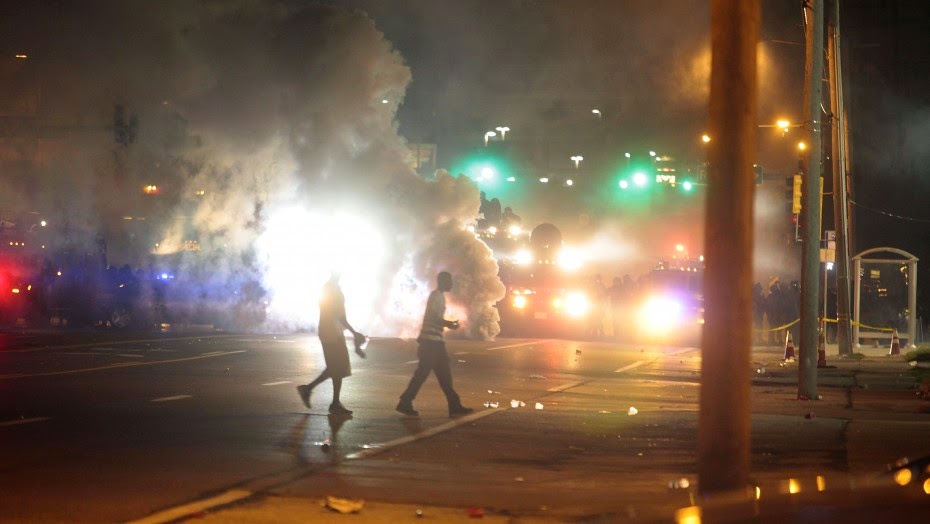 SOLDIERS AT WAR OR PUBLIC SERVANTS? 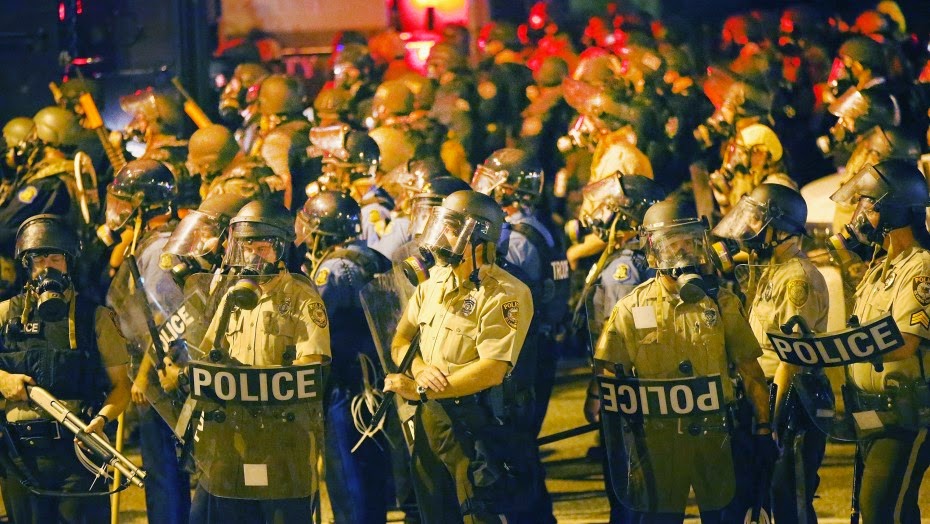 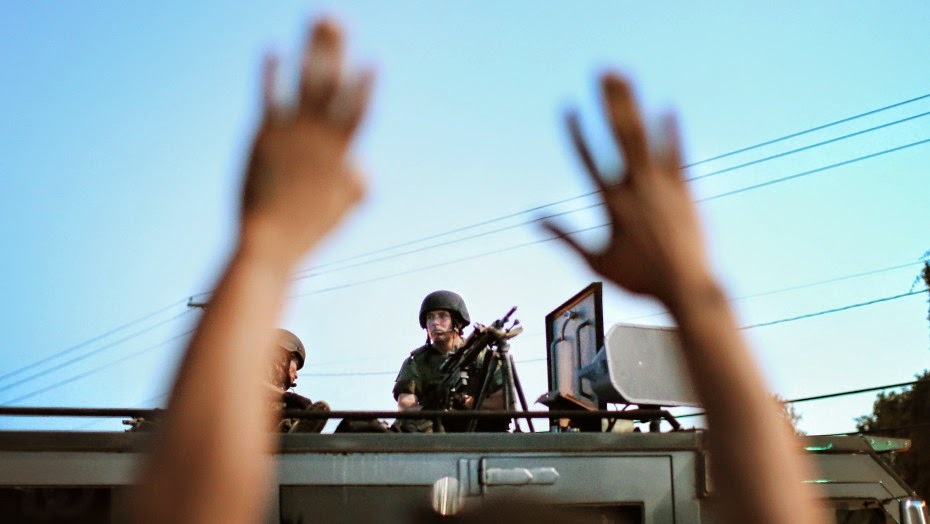 ATTACKING THE PRESS SO THAT THEY CAN'T DO THEIR JOB.
ATACANDO LA PRENSA PARA NO PUEDAN REPORTAR 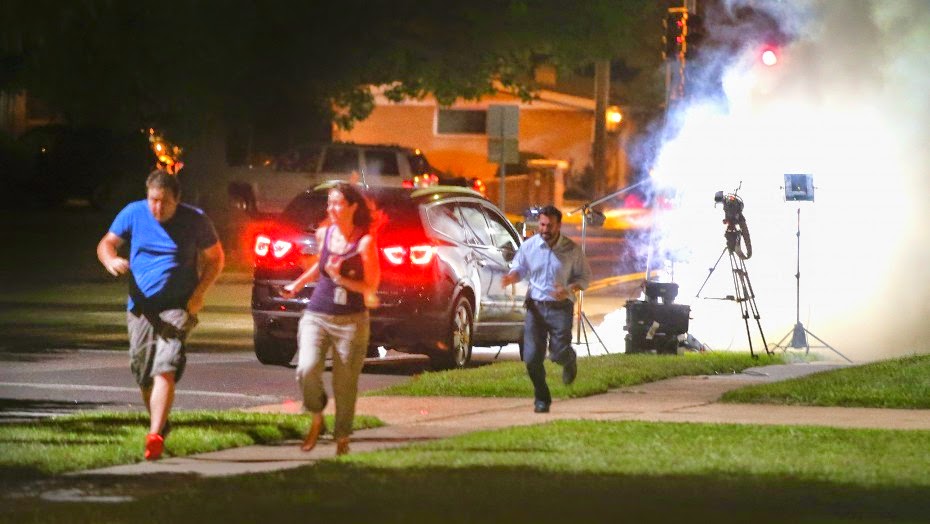 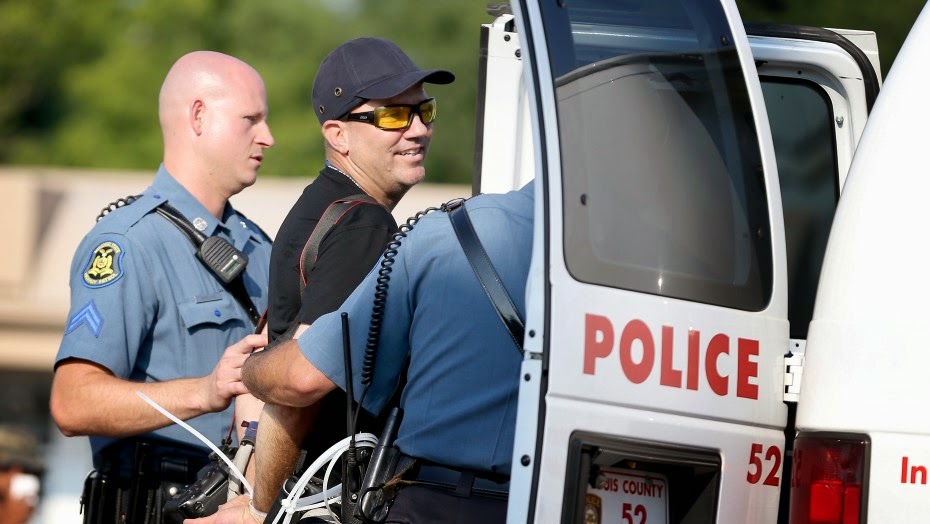 This weekend was a challenge, even for a group of veterans like us. After rehearsing all week for the Lehman concert. We left at the crack of dawn for la Feria de Palmira in Colombia. We arrived just in time to play the show and went from the show to the airport and flew back. We are all fried!
Este fin de semana fue un reto para el grupo aunque somos veteranos. Esayamos toda la semana para el concierto de el Lehman Center paea salir casi directo al aeropuerto para salir a La Feria De Palmira Colombia.
DE VUELTA AL BARRIO - LEHMAN CENTER BRONX NEW YORK﻿ 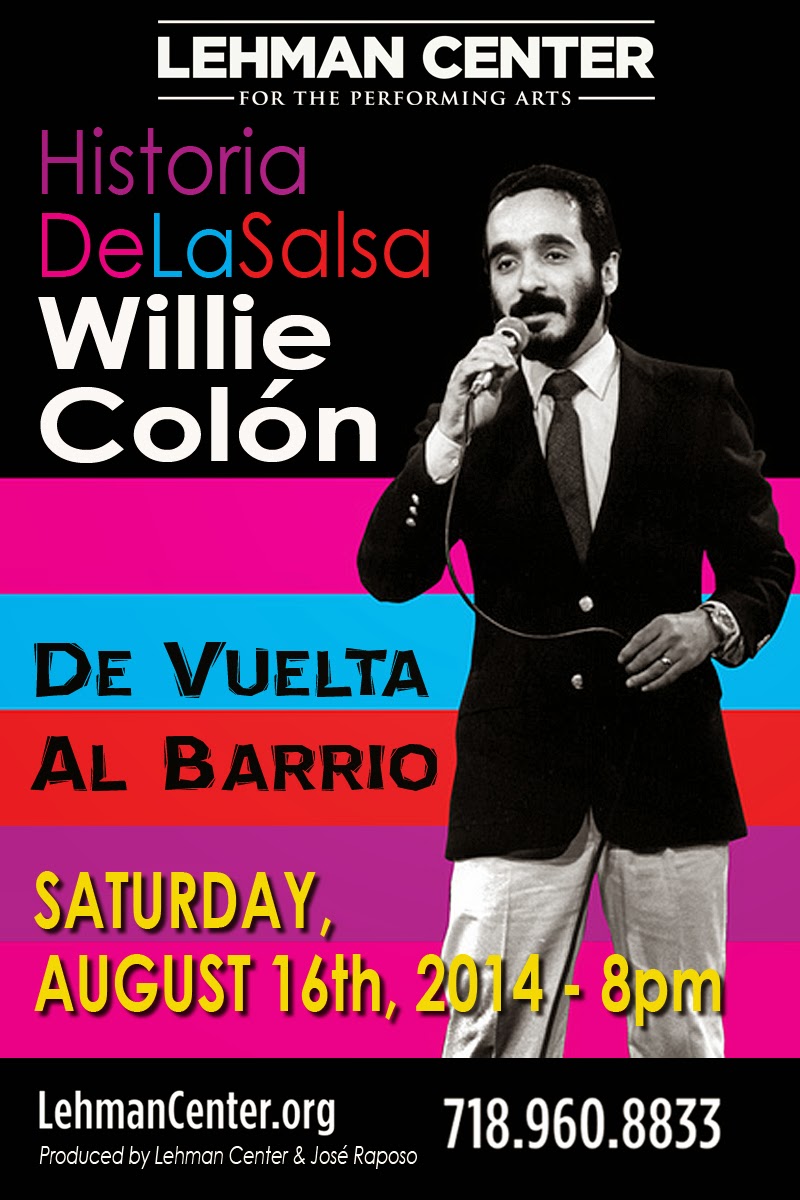 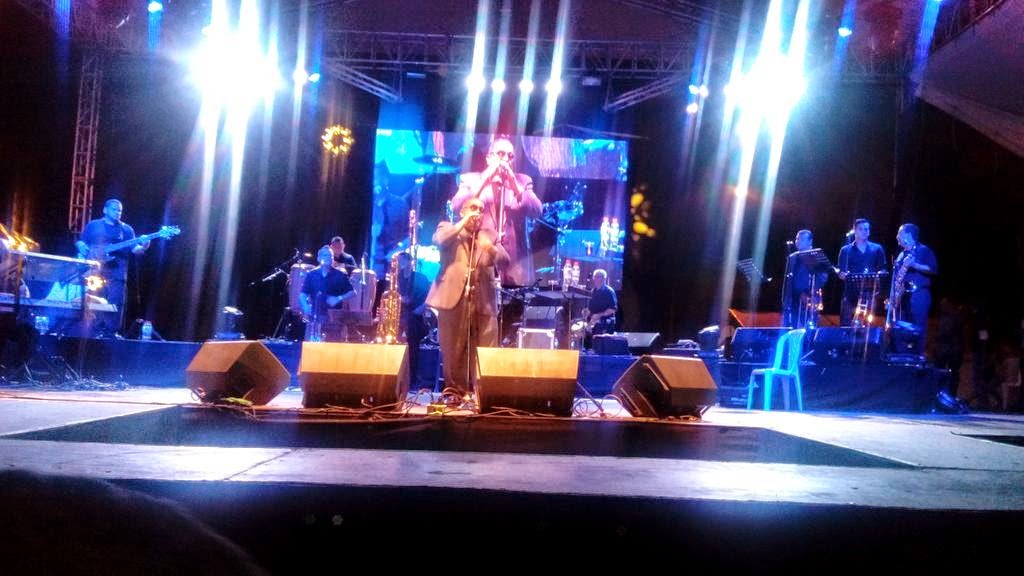 This was our third week in a row in Colombia. This time it was Palmira, near Cali. We arrived just in time to play the concert. we should have been so burnt out that we'd  just struggle through the show but the guys bucked it up and played better than usual! That inspired me to go for it. The people were so affectionate and responsive that before we knew it our time was up and it was time to leave the stage to my buddy Andy Montanez, who I hear tore it up. I am so grateful to the people of Colombia for their support of our music.


Posted by HORN OF JUSTICE at 6:15 PM No comments:


Posted by HORN OF JUSTICE at 2:22 AM No comments:

Posted by HORN OF JUSTICE at 2:18 AM No comments:

Posted by HORN OF JUSTICE at 2:15 AM No comments:


Posted by HORN OF JUSTICE at 2:11 AM No comments:

Posted by HORN OF JUSTICE at 7:09 PM No comments: