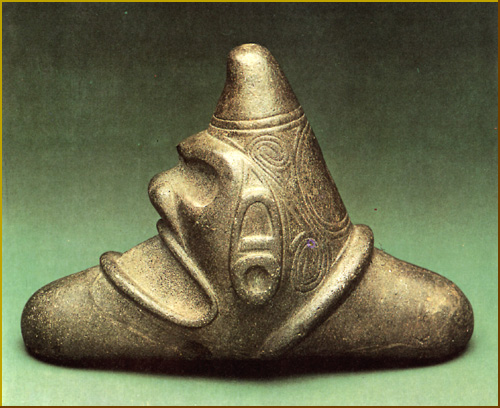 Posted by HORN OF JUSTICE at 1:40 PM No comments: 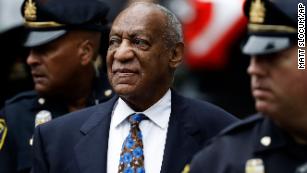 Bill Cosby learns today whether he'll go to prison
Bill Cosby's star on the Hollywood Walk of Fame is vandalized -- again
Highs and lows of Bill Cosby's career
Pennsylvania board finds Bill Cosby is a sexually violent predator
Juror says Cosby's words sealed his fate
CONTENT BY COMPARECARDS
"Game Changer" for Americans in debt: 0% intro APR until 2020
Getting approved for 1 of these cards means you have excellent credit
9 cards charging 0% interest until 2020
Amazingly simple way to pay off credit card debt fast
Transfer your debt and pay no interest until 2020
READ MORE

Bill Cosby sentenced to 3 to 10 years 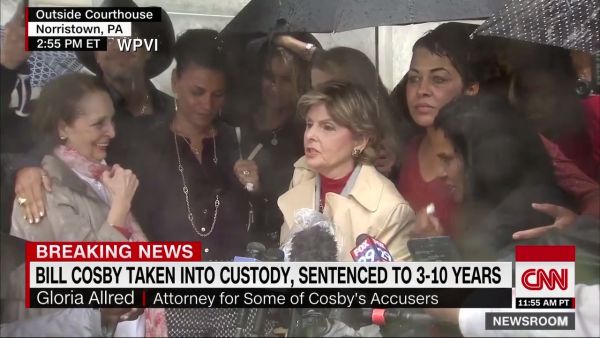 Gloria Allred, an attorney who represented some of Cosby's accusers, applauded the "just outcome" in a statement after the sentencing.
"This has been a long journey to justice for all of the accusers, particularly for Andrea Constand and for her family. And we respect the fact that they have undergone and endured this journey to justice," Allred said, speaking to reporters.
"This is a very important day. Judgment day has come."
"Mr. Cosby has shown no remorse, and there has been no justice for many of the accusers who were barred from a court by the arbitrary time limits imposed by the statute of limitations," she added, praising the accusers who were "brave enough to speak to law enforcement."
Watch more: 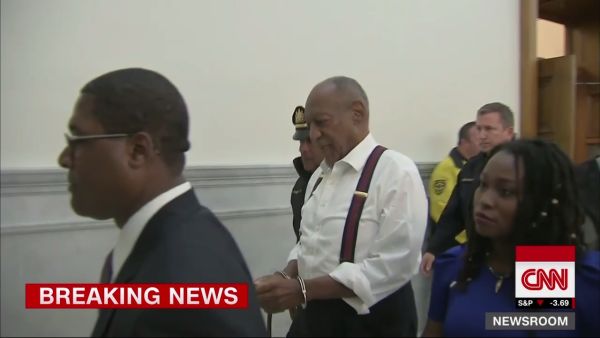 Bill Cosby was just escorted out of the courtroom after being sentenced. He was seen leaving in handcuffs after Judge Steven O'Neill denied him bail.
"This is a serious crime he was convicted for. This is a sexual assault crime," the judge said. The courtroom has been cleared.
Watch the moment:
Andrea Constand, the woman Bill Cosby was convicted of sexually assaulting, smiled as she left the courtroom today.
She stopped to hug another woman on her way out.
Watch more:
Judge O’Neill has denied bail to Bill Cosby, according to a tweet from the Montgomery County District Attorney’s office. 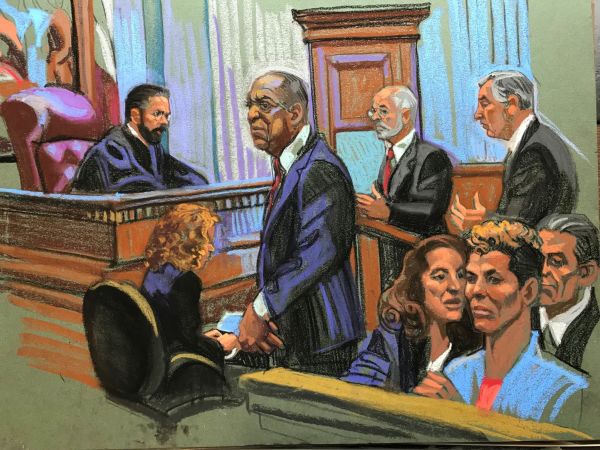 Christine Cornell
In handing down his ruling to Bill Cosby today, Judge O’Neill said no one is above the law. He also referenced how brave Andrea Constand, who Cosby was convicted to sexually assaulting, was through this whole process.
"No one is above the law, and no one should be treated differently or disproportionally," Judge Steven O'Neill said.
Cosby would be sentenced regardless of "who he is or who he was," O'Neill said.
"I have given great weight to the victim impact testimony in this case, and it was powerful," he added. 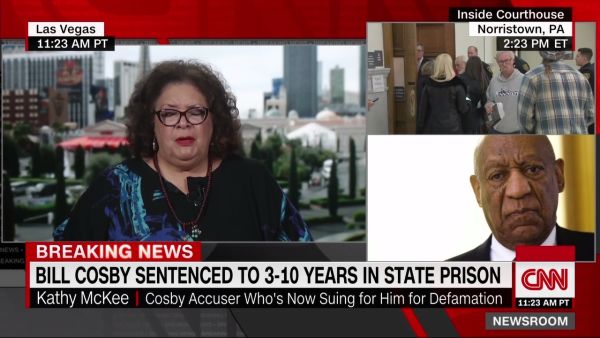 Kathy McKee, a former actress who has accused Cosby of raping her, told CNN that listening to the news about Bill Cosby's sentencing stirs up some "very difficult and deep emotions."
Still, she said she is happy Judge Steven O'Neill sentenced Cosby accordingly and is grateful to Andrea Constand "for standing strong."
Watch more:
Judge Steven O'Neill handed down Bill Cosby's sentence in Montgomery County, Pennsylvania court Tuesday afternoon at 2:10 pm.
"This was a serious crime," he said. "Mr. Cosby this has all circled back to you. The day has come, the time has come."
Cosby, who is now 81, was convicted of assaulting Constand in his Pennsylvania home 14 years ago.
The defense earlier indicated it will appeal the conviction. 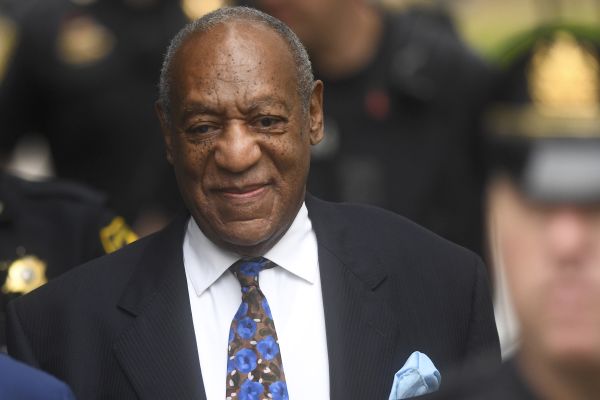 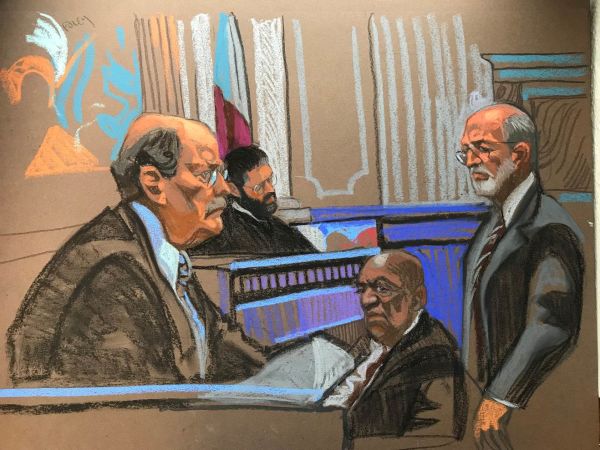 Bill Cosby will be sentenced at 1:30 when court resumes.
Cosby did not address the court in his sentencing hearing. His attorney Joseph Green told the court Cosby did not want to speak.
Judge Steven O'Neill questioned to make sure he understood that decision. Cosby answered in a loud, clear "Yes"
Later he said he didn't need to talk to his lawyer any more about that issue. "I do not need any more discussion on that," Cosby said.
Commonwealth attorney Stewart Ryan proceeded to ask a series of questions to Cosby to confirm he understood that he had been convicted of the crime, and some of the requirements like mandatory registration and reporting to the police.
"If I went from a city to another city, do I have to - even if it's just overnight - I have to get in touch with the state police," Cosby asked Ryan. Ryan directed him to talk to his lawyers, but after a brief explanation Cosby said he understood.
Later, Cosby asked for more clarification on another question, which Ryan provided. Cosby then said he understood.
On one question about victim notification, Cosby asked Ryan if he had to notify Constand. Ryan corrected him and said it would happen through the program. "Good. Good. Yes," Cosby responded.
If Cosby changes residences he will have to register.
PAID CONTENT
Recommended by
The Commonwealth of Pennsylvania submitted the attached Sentencing Memorandum to the court regarding Bill Cosby’s sentence. They are asking for 5-10 years imprisonment, $25,000 fine, and funds to pay for the costs of prosecution.
“A sober view of this case and this defendant, without any regard to emotion or sympathy, can mean only one just sentence, and that is the maximum allowed by law. The Commonwealth respectfully requests that this Court impose a sentence of 5 to 10 years’ imprisonment, a $25,000 fine, and costs of prosecution,” the document states.
Here are some other key lines: 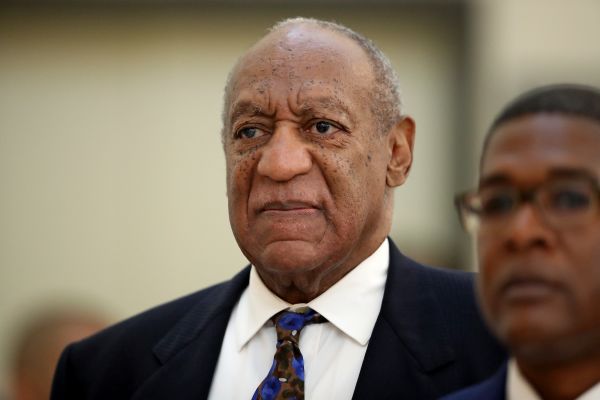 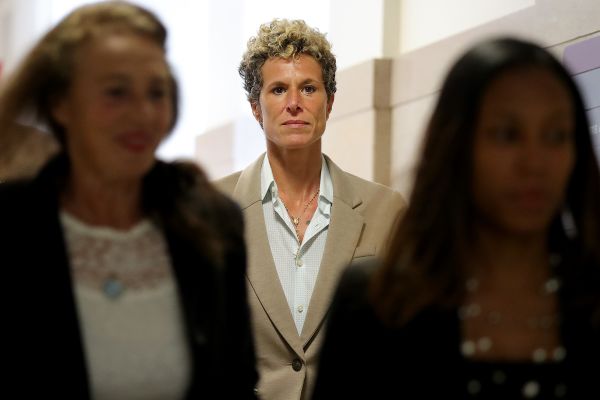 Photo by David Maialetti-Pool/Getty Images
Andrea Constand submitted the attached victim impact statement to the court for Bill Cosby’s sentencing, which was not read aloud in court.
She took the stand Monday afternoon during the first day of Cosby’s sentencing proceedings, speaking briefly: "I have testified, I have given you my victim impact statement. You heard me, the jury heard me and Mr. Cosby heard me. All I'm asking for is justice as the court sees fit."
Here are a few powerful lines: 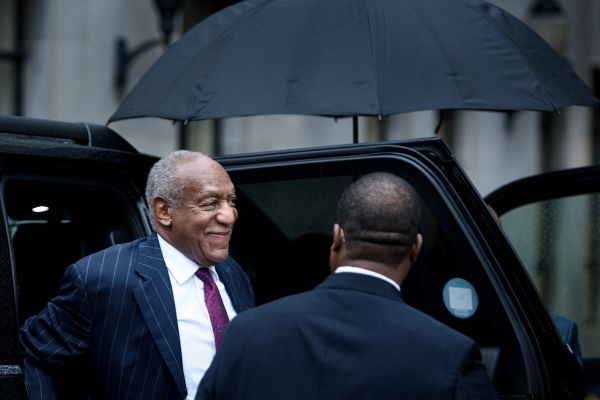 BRENDAN SMIALOWSKI/AFP/Getty Images
It's the second day of Bill Cosby's sentencing hearing. We're not exactly sure how the day will play out — there's no formal schedule set — but here are four things we expect to happen today: 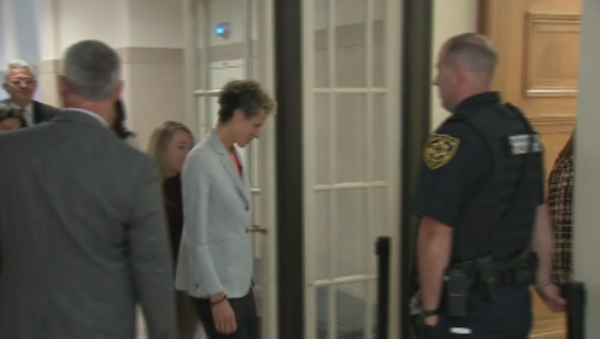 Andrea Constand arrives at court.
Several of Bill Cosby’s accusers are at the courthouse — including some who testified against him.
Andrea Constand, the woman Cosby was found guilty of drugging and sexually assaulting, is among them.
Several jurors from the trial are in the overflow room to watch the sentencing. 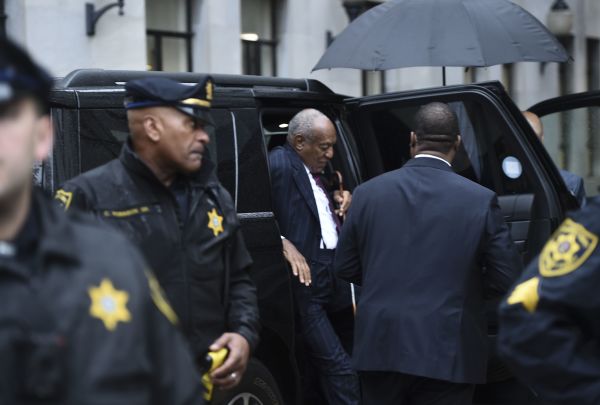 Bill Cosby arrives for a second day of a sentencing hearing at the Montgomery County Courthouse in Norristown, Pennsylvania.BRENDAN SMIALOWSKI/AFP/Getty Images
Bill Cosby just arrived to Pennsylvania court where he is expected to be sentenced Tuesday.
He had potentially faced up to 30 years in prison, but after prosecutors and defense attorneys agreed to merge the three counts of his conviction into one, he now faces up to 10 years. 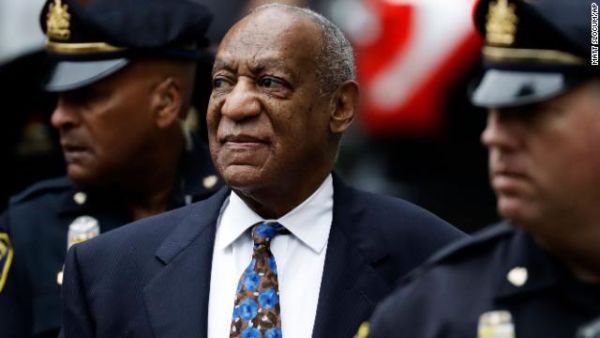 Bill Cosby had potentially faced up to 30 years in prison, but he now faces a maximum of 10 years after prosecutors and defense attorneys agreed to merge the three counts of his conviction into one for sentencing purposes.
Here's where things stand now, as we enter day two of the sentencing:
Our live coverage has ended, but we'll be back tomorrow for day two of Bill Cosby's sentencing hearing. You can scroll through the posts below to see how the day unfolded, or you can read more here 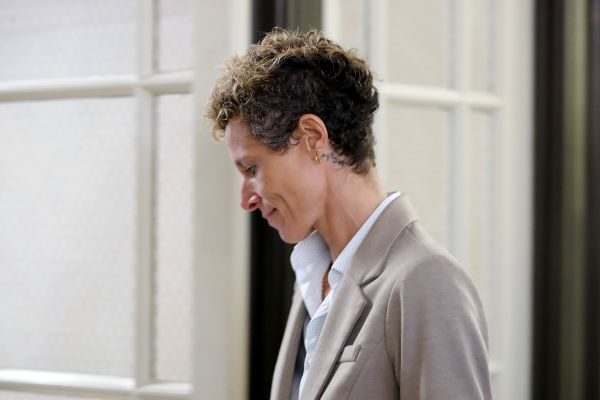 Andrea Constand arrives at the sentencing hearing for the sexual assault trial of Bill Cosby David Maialetti-Pool/Getty Images
In court today, Andrea Constand and her family read their victim impact statements. (Cosby was found guilty in April of three counts of aggravated indecent assault for drugging and sexually assaulting Constand in 2004.)
Constand spoke for just a few seconds in a clear unemotional voice.
"I have testified, I have given you my victim impact statement. You heard me, the jury heard me and Mr. Cosby heard me. All I'm asking for is justice as the court sees fit," she said.
Gianna Constand, Constand's mother, said she has "lost the ability to trust anybody" and watched friends and loved ones disappear from her life.
"Our lives became one of a roller coaster ride that never came to an end," she said
Andy Constand, her father, also spoke about how the attack affected the whole family.
"The thought of what happened to my daughter Andrea will always be with me forever like a dark cloud hanging over my head," he said.
And Constand's oldest sister, Diana Parsons, called her little sister her hero.
"After everything she has been through, she still walks around with a smile on her face and a positive attitude," she said.
Judge Steven O’Neill announced all three counts have merged for sentencing in the Bill Cosby case because they all stem for the same event.
The sentencing guidelines indicate 22 – 36 months, plus or minus 12 months because of the aggravating or mitigating circumstances.
The court has received written victim impact statements from Andrew Constand, her father Andrew Constandt, her mother Gianna Constand and her sister Dianna Parsons. Those written victim impact statements are not public though each took the stand and addressed the court Monday.
The defense did not call any witnesses, but Cosby could take the stand tomorrow.
Posted by HORN OF JUSTICE at 12:24 PM No comments: