Posted by HORN OF JUSTICE at 5:30 AM No comments:

The Terrifying New Face Of The Modern Sex Offender: It’s Not What You Think

YOU ARE AT:Home»Sex Offenders»Meet
Y
HLE
SEX OFFENDERS
The mustached man lurking around the playground. The socially-inept peeping Tom leering over a neighbor’s fence. The flasher in a dark alley. These are just a few of the stereotypical sex offenders that we know and fear.
But there’s a lot that we don’t know about sex offenders… but should. There’s a subset of offenders that’s breaking the old stranger danger stereotype, and there’s not a single mustache among them.
That’s because they’re women.

Female Sex Offenses: The Under-Reported Crime Stat Of The Century

According to The Center For Sex Offender Management, fewer than 10% of arrested sex offenders are female, and women make up only 1% of adults arrested for forcible rape. Women also make up only 1% of all adults who are arrested for sex offenses.
But there’s some issues surrounding how female sex offender statistics are gathered. It’s widely believed that many incidents go unreported. Why? Because young boys get social cred for hooking up with older women—it’s just the way our society has always been.
There’s no shortage of examples that prove this point. The Graduate, in which the middle-aged Mrs. Robinson seduces recent college grad Benjamin, is widely considered to be a “coming of age” story. Anne Bancroft, the actress who played Mrs. Robinson, revealed that young men often approached her to confess that her character was their first fantasy.
Or take any number of websites with names like “The Top 10 Hottest Female Sex Offenders.” Go to one of these sites, and you’ll read about how desirable the women are… and how “lucky” the young boys were.

A Double Standard Between Male And Female Sex Offenders?

But adolescent boys who get taken advantage of aren’t lucky, they’re victims of a crime.
This is one reason why we have such a hard time with the concept of a female sex offender: a double standard that’s based on gender stereotypes. Is a child’s first sexual experience “rape” or a “rite of passage?” You might change your answer depending on whether the victim is a girl or a boy.
It gets worse: most female predators use emotional manipulation to make their victims think they’re “equal and willing” participants. As a result, many boys are confused and hurt, and might not even realizethey were raped until much later in life.

Women may represent only a small percentage of sex offenders, but their crimes are just as  serious as men’s are. The victims of female sex offenders often suffer trauma well into their adult lives.
Colin, a man who’s now in his 30s, spoke to the BBC about his experience as a sexual abuse victim. The perpetrator? His mother. Because he “couldn’t sleep at night” and suffered from “flashbacks of my mum on top of me,” his teenage life spiraled out of control as he turned to drugs and violence to cope with this trauma.
It was hard for Colin to accept his mother’s actions as abuse. Mothers are viewed as nurturers, not aggressors. Colin worried that nobody would believe him if he spoke out. And even though his mom hurt him, it still felt “wrong” to betray her.

The Motivations Of The Female Sex Offender

We look at female sex offenders differently than we do males. Where we might vilify the man, we often diagnose the woman predator as depressed, lonely, or mentally ill. And it’s not just society: it’s been shown that female sex offenders identify themselves differently as well. Many female offenders view themselves as being in a relationship with their victims. Says Robert Weiss of the Sexual Recovery Clinic in California, “Women, in general, seem to look for relationships and not necessarily sex—although female offenders will have sex with a minor.”
A particularly horrific instance of this behavior is the story of Joyce McKinney. The 25-year-old former Miss Wyoming kidnapped her victim and chained him to a bed for 3 days while she assaulted him. He was 19. When he promised to marry her, she freed him, and he subsequently went to the police. After 40 years, Joyce McKinney still claims that she “loved him so much.”

ASHLEY HAUCK
Ashley is a writer and photographer who is passionate about technology, online safety, and environmental conservation. Based in sunny San Diego, she spends as much time on, near, or under the water as possible. Add her to your circles on GOOGLE+ and follow her on Twitter. 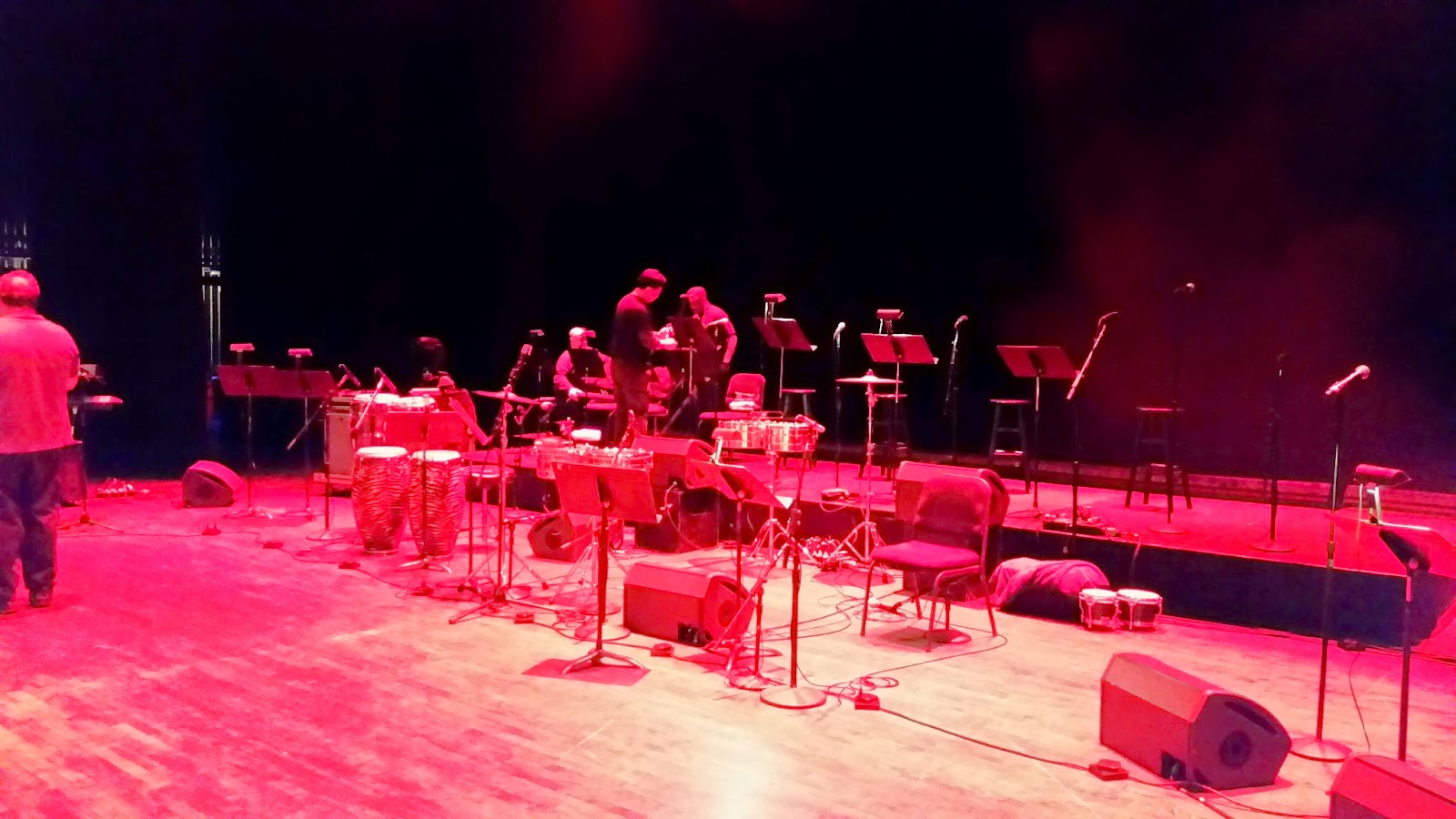 Early production crew starts the setup.
(Lights and sound for the show were impeccable) 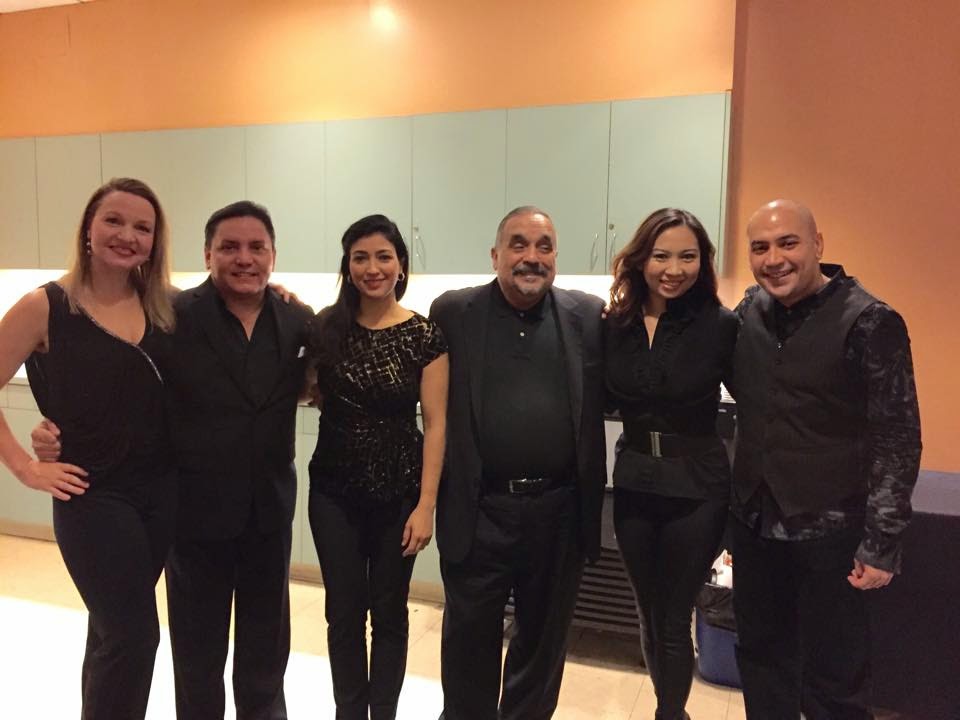 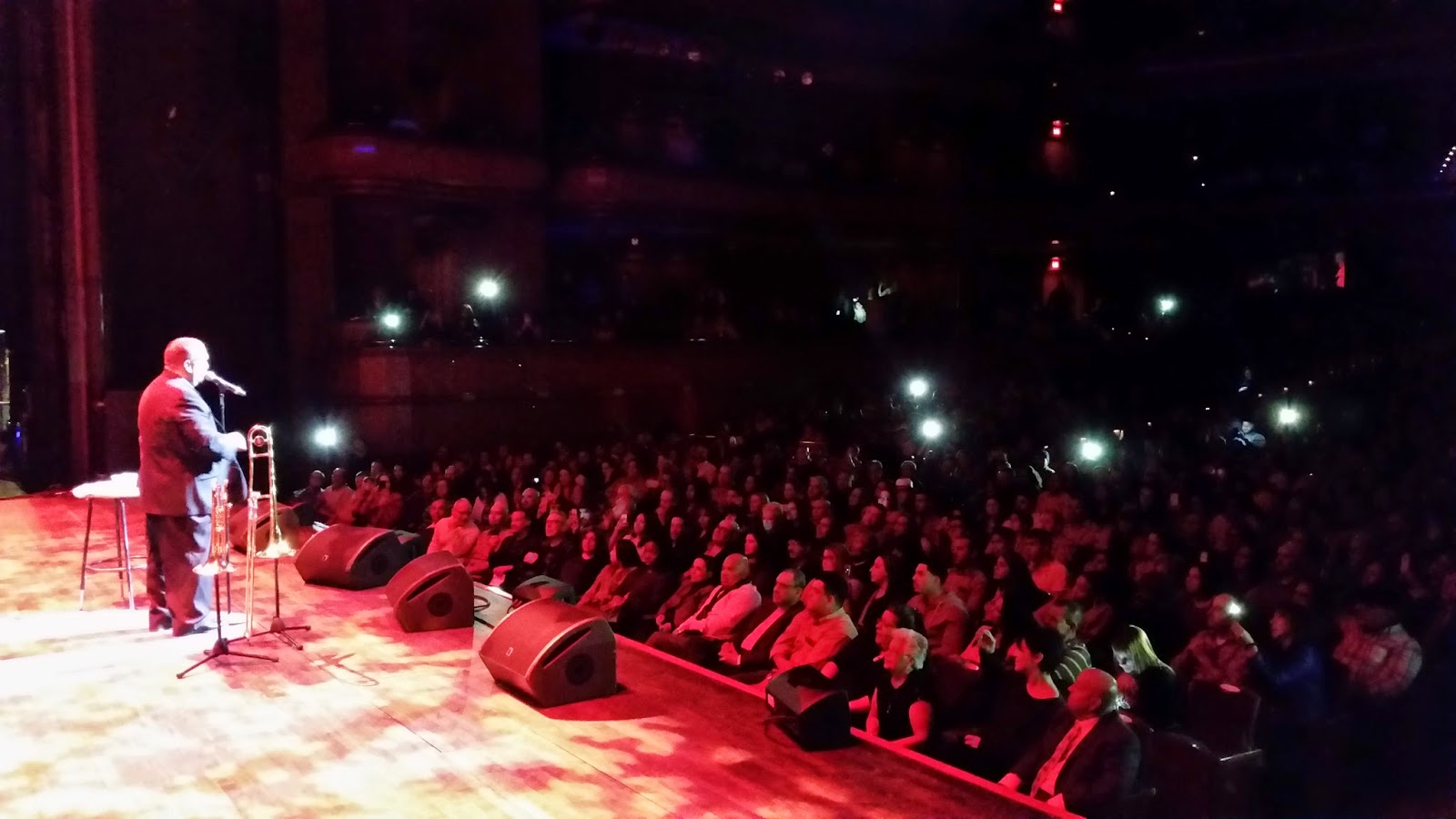 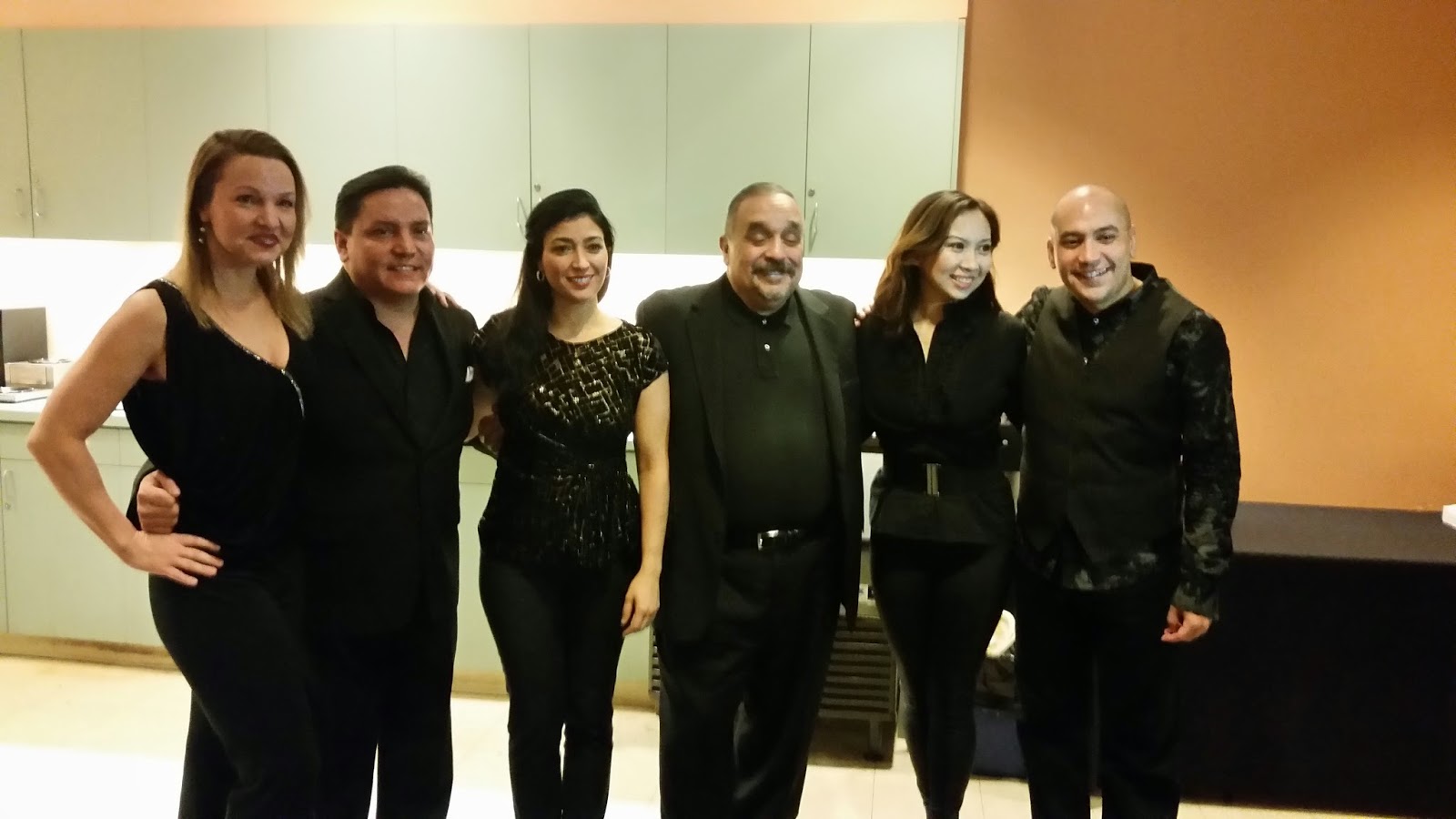 We had a meet and greet after the concert. 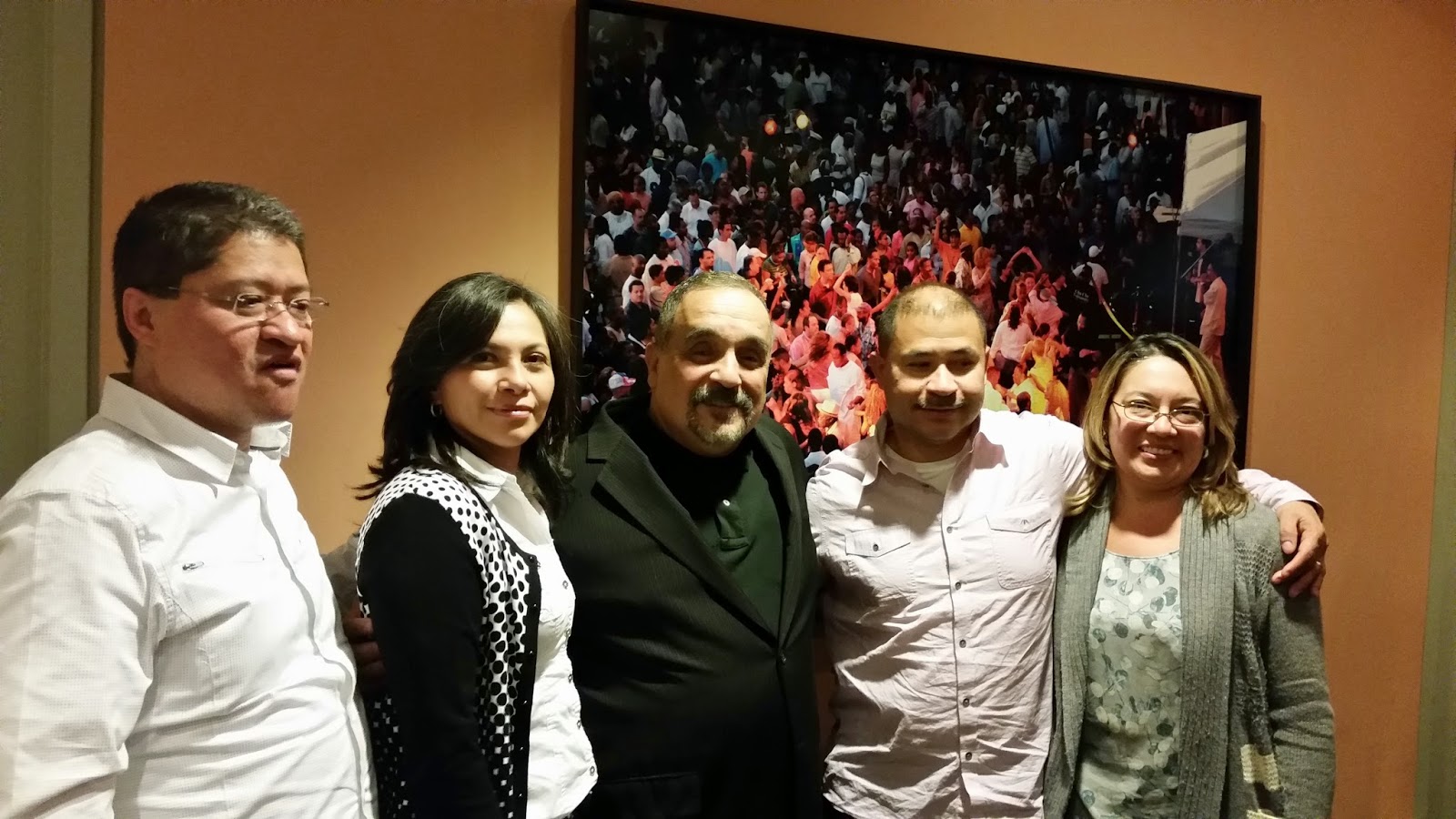 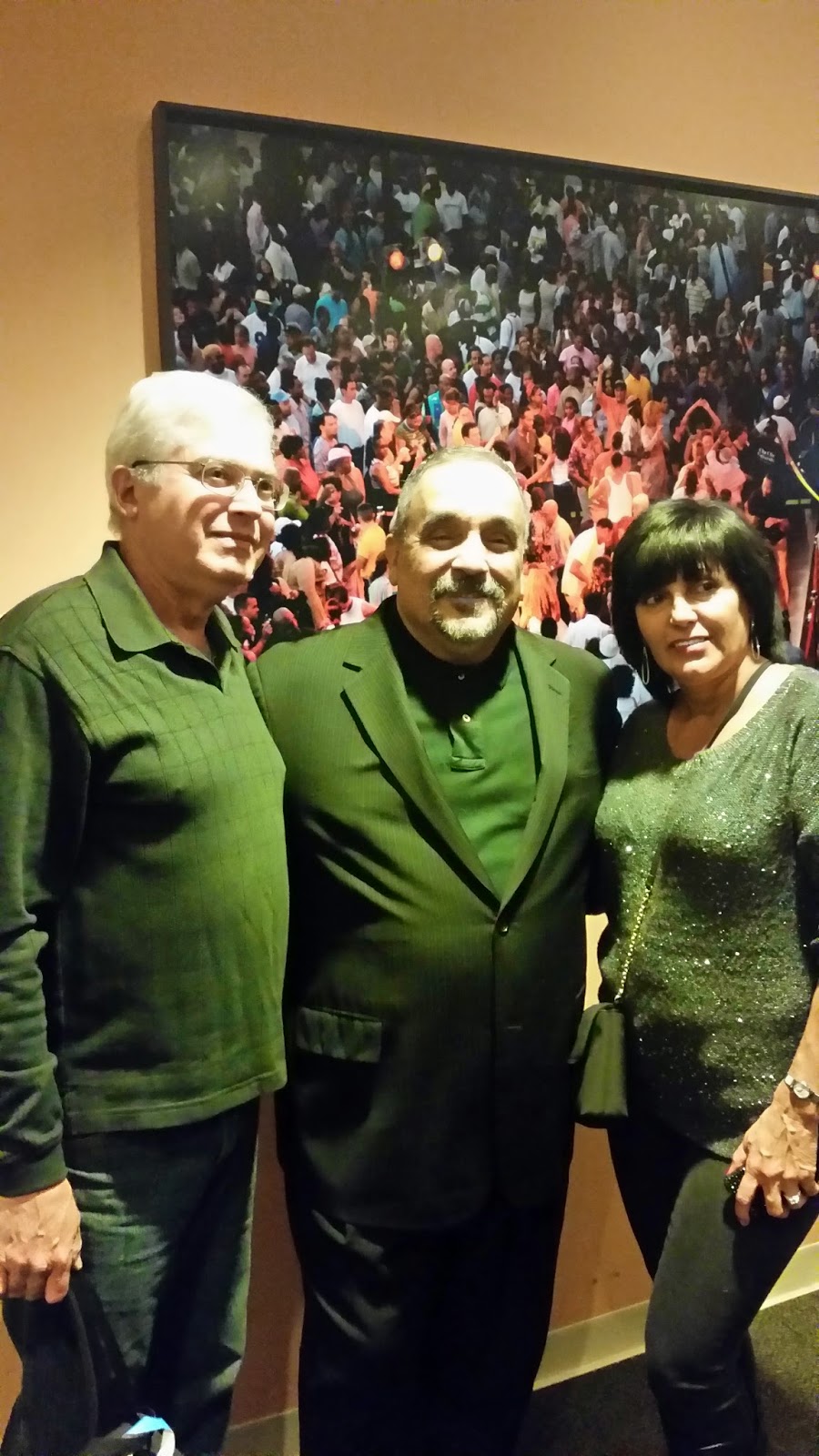 Lots of old friend showed up 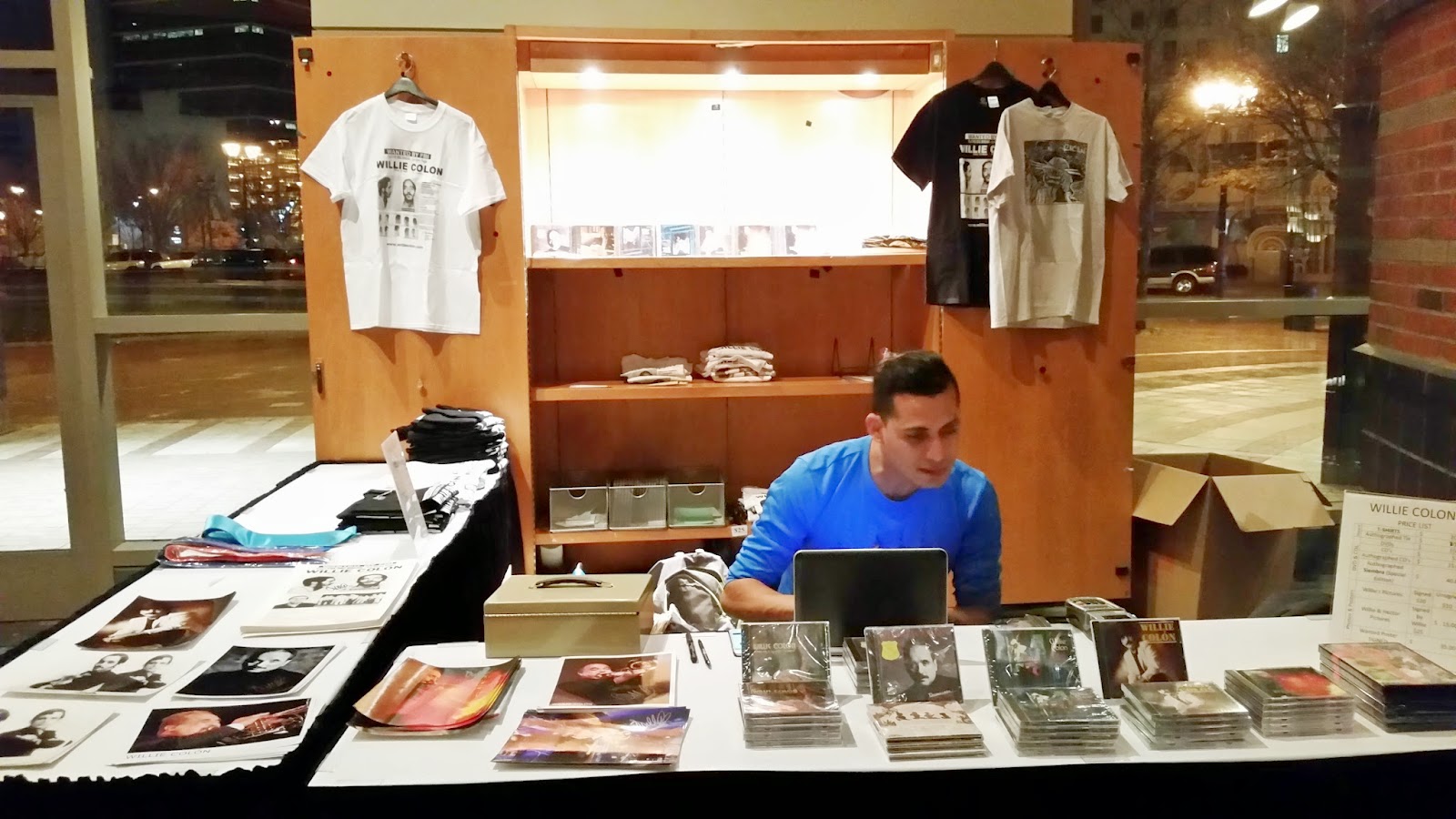 We sold a ton of t-shirts, CDs, photos and posters! 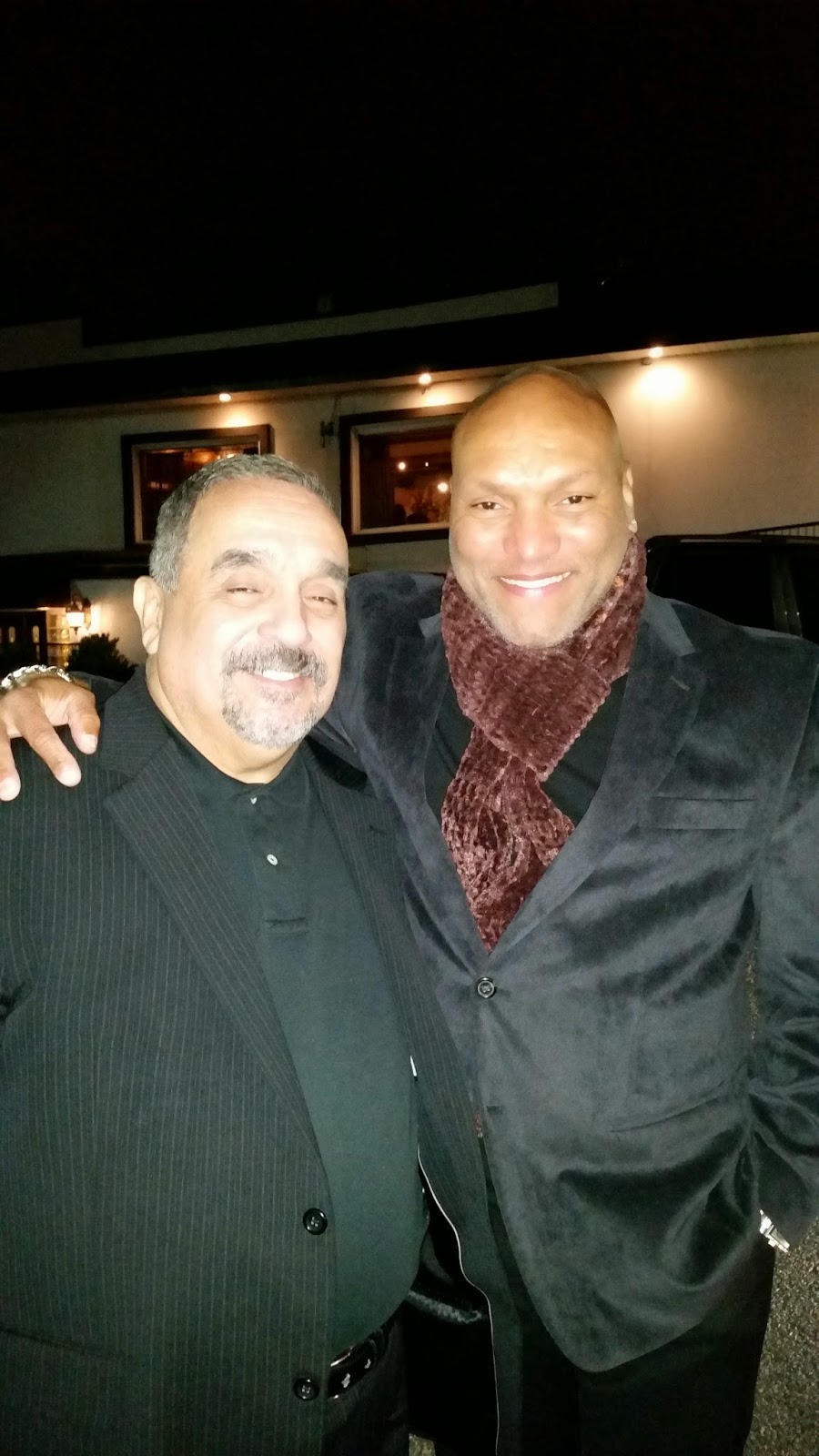 My buddy, master drummer Carlito Soto came by. He took me on a little tour of Newark.
We wound up at Mr. Adams to watch the Paquiao fight and put down a few drinks. 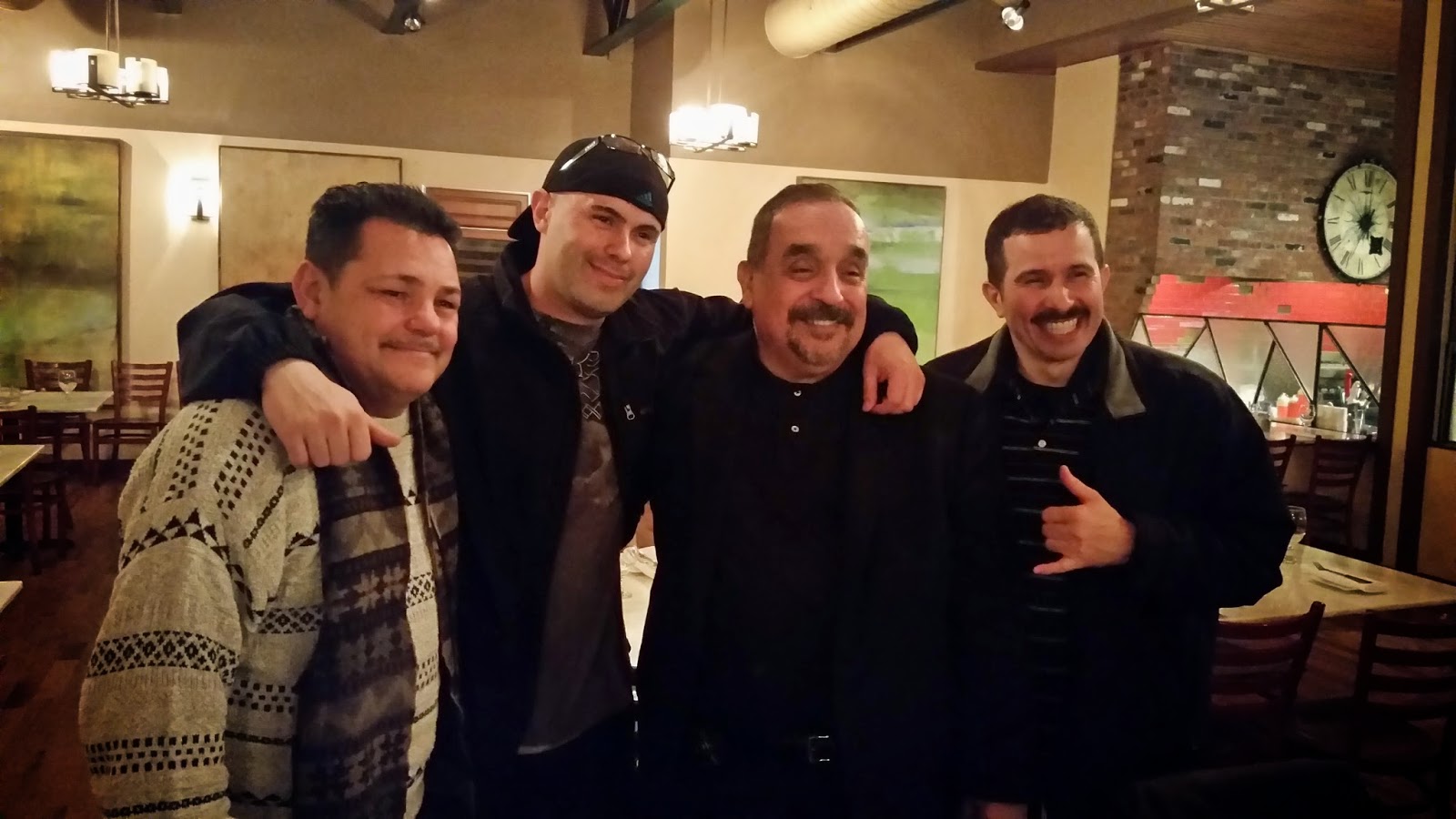 Aqui con la mafia de Newark.  The Newark crew was in the house.


Posted by HORN OF JUSTICE at 4:01 PM No comments:

LOUSY BOOTLEG TOYS
PÉSIMOS JUGUETES PIRATAS
Somewhere in some faraway country it seem like they took surplus parts and made these horrible sets. Give them to your not so favorite nephew.
En algún país lejano parece que sobraron piezas y decidieron construir esta monstruosidades. Bueno regalos para su sobrino no tan favorito.
BATMAN  ON A HORSE? REALLY?
¿BATMAN A CABALLO? 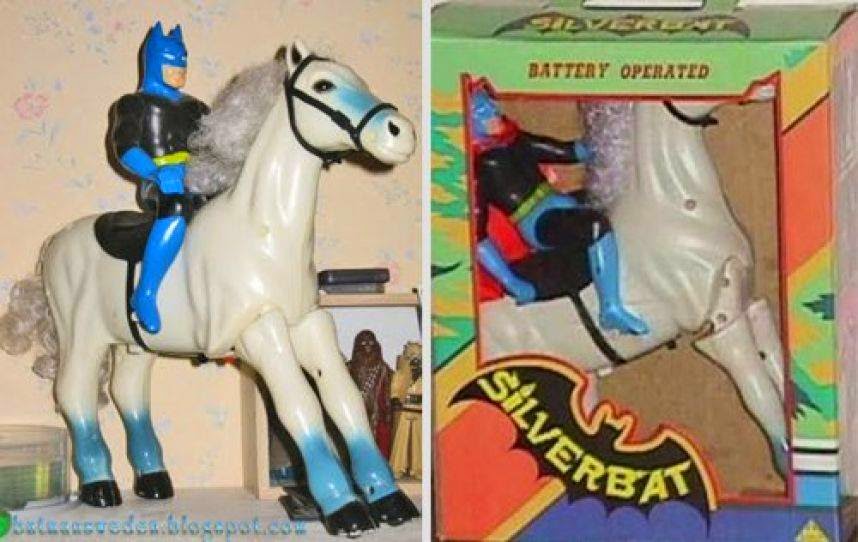 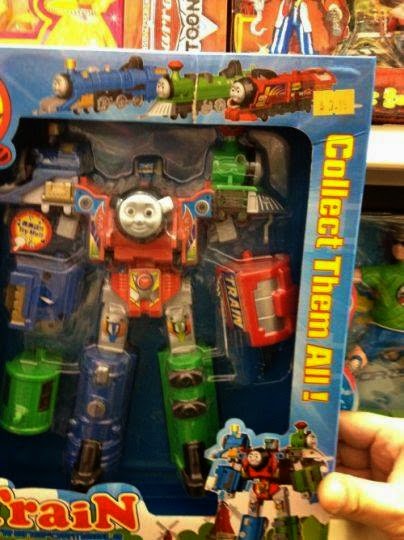 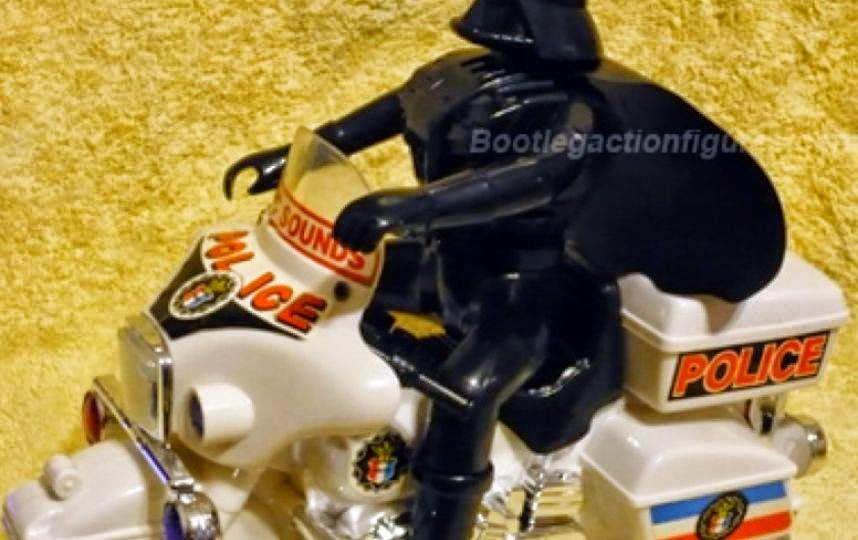 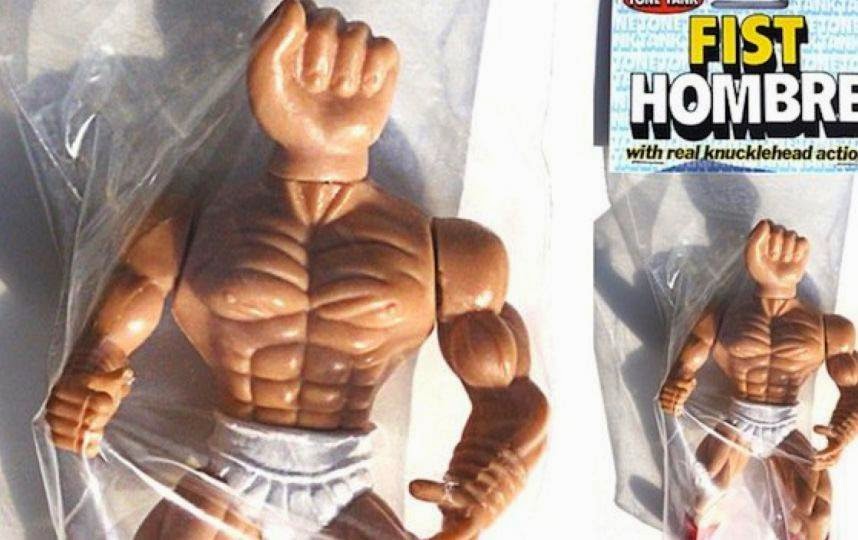 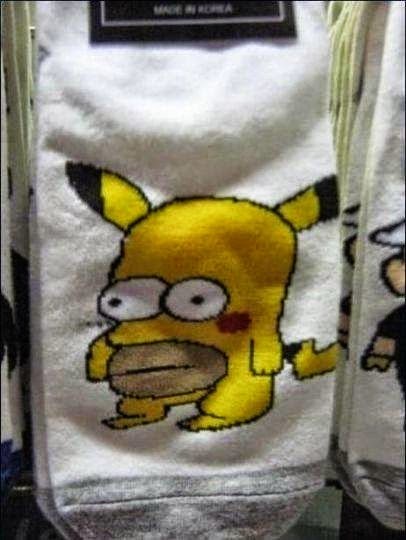 EL HULKO FROM THE BLACK LAGOON﻿ 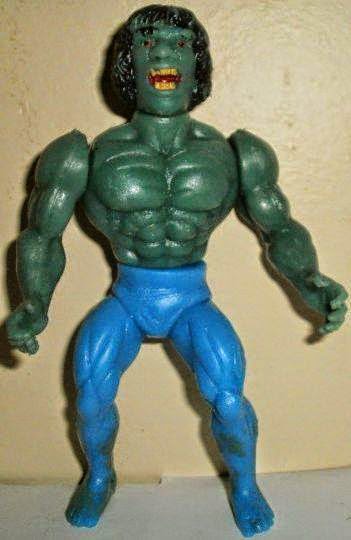 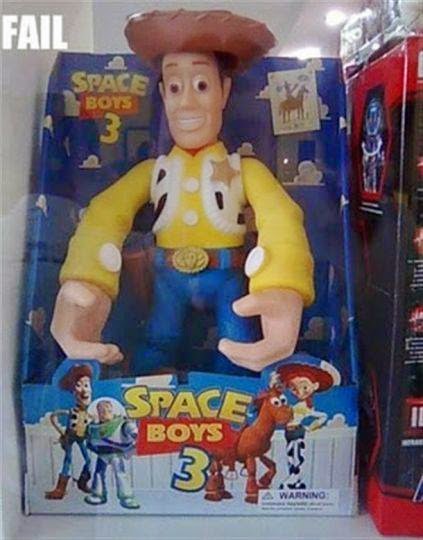 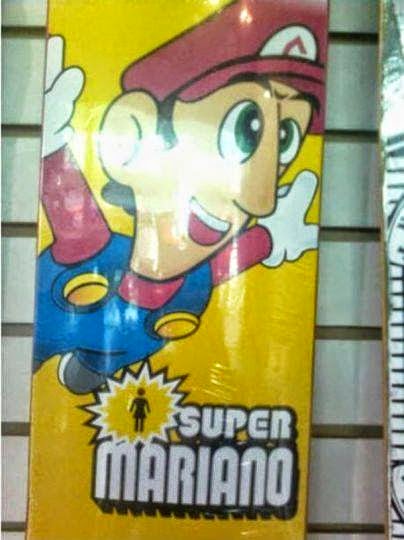 YOUR KIDS WILL LOVE TO CUDDLE WITH THE
ALIEN TEDDY BEAR﻿
﻿ 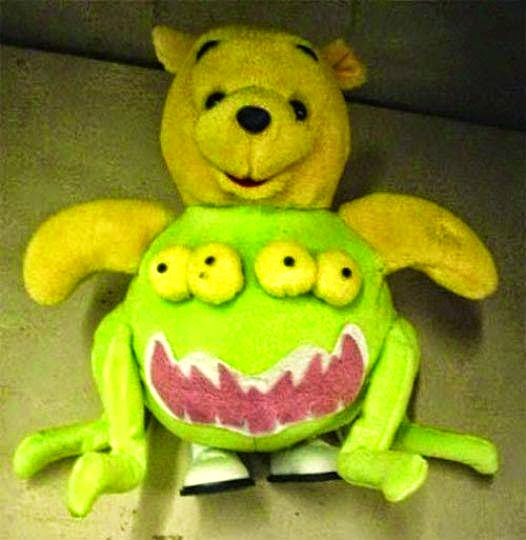 THIS IS A REAL TREAT FOR BOYS & GIRLS
THOR ON A PINK VESPA! 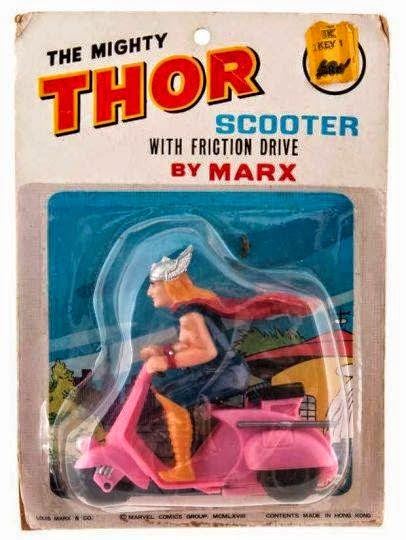 Posted by HORN OF JUSTICE at 6:26 PM No comments: