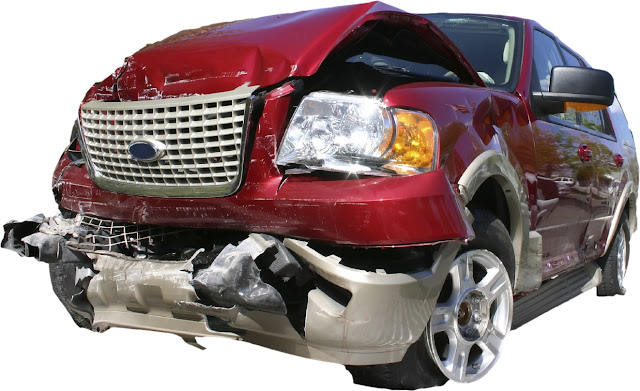 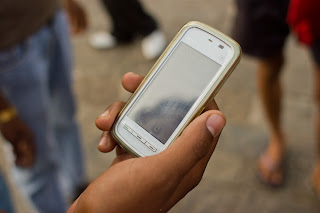 ICE (In Case of Emergency)

ICE (In Case of Emergency)
No one likes to think about the possibility of being seriously injured in an accident, but take a moment to consider what might happen if you’re rendered unconscious in an accident or other disaster. How would authorities or emergency personnel notify your loved ones? By tracing your car’s license number or looking at your driver’s license, it may be possible to obtain your home phone number, but your loved ones may not be there to receive the call.

Because of this difficulty in locating family members of accident victims, the ICE idea was born. The ICE concept is simple- simply program your cellular phone memory with the acronym ICE (“in case of emergency”) followed by the names and phone numbers of those whom you would wish to be notified in an emergency. For example, “ICE-1 John Smith” as a saved contact entry in your phone would alert emergency response personnel to contact Mr. Smith at the number listed. You can program as many numbers as you like using ICE-2, ICE-3, etc. so that your emergency contact person’s office and/or cellular phone numbers are also recorded.
Launched in the U.K. in May 2005, ICE was the idea of East Anglian Ambulance Service paramedic Bob Brotchie. The idea has been promoted in a nationwide campaign in the U.K. and is gaining in popularity in the U.S. and other countries. Stickers are commercially available (or you can make your own) to affix to your cell phone to alert emergency personnel to the fact that you have emergency contact information stored in your cell phone’s memory. You can also put a sticker on the back of your driver’s license or other form of identification so that rescuers will know where to look for emergency contact information.
Programming your cell phone takes only minutes to accomplish, yet it may save you and your loved ones hours of anguish in the event of an emergency. Rapid access to your next of kin, who will be able to provide your medical history and any background information needed, can also enhance the success of your emergency treatment.
Posted by HORN OF JUSTICE at 3:21 AM No comments:

Why ‘Tough on Crime’ Failed

Posted by HORN OF JUSTICE at 4:20 AM No comments:

22-year-old Kalief Browder, Jailed For Years Without Trial, Kills Himself

Kalief Browder was a 16-year-old sophomore when he was arrested, and later charged with second-degree robbery. Except he didn't do it. Here's a timeline of what happened:
Browder spent the later part of his teen years at Rikers Island, without being convicted of a crime. He was completely innocent, and he endured what one could only describe as torture:
Not long after Browder was returned home, one of his relatives called an attorney named Paul V. Prestia.
Browder's case violates the six-month speedy-trial deadline or the defense attorney failed to bring a speedy-trial motion, and Prestia is determined to figure out what happened -- why this teenager spent three years at Rikers only to have his case dismissed.
Browder's current lawsuit against New York City, its police department, the Bronx district attorney and others, including several corrections officers claims he was falsely arrested, maliciously prosecuted, and denied a speedy trial.
Prestia has represented many clients who were wrongfully arrested, but Browder’s story troubles him most deeply. “Kalief was deprived of his right to a fair and speedy trial, his education, and, I would even argue, his entire adolescence,” he told the New Yorker. “If you took a sixteen-year-old kid and locked him in a room for twenty-three hours, your son or daughter, you’d be arrested for endangering the welfare of a child.”
Due to his experiences in Rikers, Kalief Browder suffered what can only be described as Post Traumatic Stress -- he told the New Yorker:
People tell me because I have this case against the city I'm all right...But I'm not all right. I'm messed up. I know that I might see some money from this case, but that's not going to help me mentally. I'm mentally scarred right now. That's how I feel. Because there are certain things that changed about me and they might not go back.
Kalief Browder's time in Rikers haunted him more than words could express. Though he was able to get his GED, a part-time job, and began classes at Bronx Community College (he had a 3.5 GPA), he suffered from flashbacks every day: He experienced severe paranoia, had to take medication, and he was confined to the psych ward in hospitals on two separate occasions.
After all Kalief Browder had endured, he hung himself on Saturday. He had just turned twenty-two.
Posted by HORN OF JUSTICE at 2:40 AM No comments:

What are the worst ways to die?

QUESTIONWhat are the worst ways to die?

Hopes&Fears answers questions with the help of people who know what they're talking about. Today, a neurosurgeon, a forensic psychologist and two horror experts speculate on most unpleasant deaths.

Share208Tweet79Share
The one thing we have in common is the certainty of our demise. Sure, we might die peacefully in our sleep at old age, but probably not. We asked a neurosurgeon, a forensic psychologist, a horror fiction writer and a horror film expert to speculate: How do nightmarish deaths manifest themselves in pop culture? What are the worst ways to experience death in real life?

Murder expert,professor of forensic psychology and criminal justice at DeSales University in Pennsylvania, therapist, consultant,author of 54 books
The answer to your question is complicated. Each person fears something that's individual to him or her, and each person has a pain tolerance level that could differ from others. Some would be in terror of being buried alive, while others might cite breathing water into their lungs, freezing, burning, or being slowly tortured or dismembered while alive. Some think the worst death is to be helplessly kept on life support and medicated for years as they waste away. I don't have an answer, because each person must answer this for him-or herself.
— IN 2013, JOÃO MARIA DE SOUZA was killed by a cow that fell through the roof. He was peacefully asleep next to his wife in Caratinga, Brazil when it happened. His wife and the cow were unharmed.
Source: The Telegraph

Horror and crime fiction writer, professor at at the University of Colorado Boulder
The most painful way to die, I think, is right after a betrayal. It doesn't matter if you're falling into a vat of needles or if Pinhead's come for you with his running buddies or if you're tied to an ant hill in the desert. Soul-pain hurts so much more.
This is why so many stories that hinge on survival use a deep betrayal as the final cut, as the big reveal. If the character can rally after that, then the physical battle that follows is really just compulsory, because the important fight's already been fought.
But there's also good ways to die, right? Dying as part of a sacrifice of some sort allows your neurons to brown out in a much more satisfying way. Take Kurt Russell's father-character in the Poseidon Adventure remake: he drowns, sure, which we've all heard's pretty brutal. And it looks brutal the way he drowns. But we know too that he's satisfied, that he's whole, that he knows this was for something better.
If you can go out as Sidney Carton, then, man, what else is there, right? But your neurons flickering out where the last thing jumping ahead of the failing light is "Why?," as in, "Why did this person I trusted do this?," that's pretty much the opposite of getting to be Sidney Carton, I think. What we want is wholeness at the end, rather that end involves Leatherface's chainsaw or something somewhat gentler, and a betrayal right before that, that brutally saps your death of that feeling of wholeness.
Top grossing horror movie titles (US):
WORLD WAR Z (2013)

Associate professor of English and director of the Film StudiesProgram at the University of Pittsburgh
Horror films have been puzzling over this question for decades. What the creators and spectators of horror films know is that painful death is not simply a matter of preference for being eaten alive by ravenous piranha instead of rotting zombies. The most painful death is not a death of the body, but of something we might call the soul. This soul-death comes through being a complicit yet surviving witness in the awful death of others.
For example, Georges Franju’s French horror film Eyes Without a Face (Les Yeux sans visage, 1960) presents us with Christiane, a beautiful young woman whose face has was horribly disfigured in a car accident. She must wears an expressionless white mask to conceal the wounds. Her father, a brilliant but ultimately maniacal plastic surgeon who caused his daughter’s accident, insists that he will restore her face. All he needs is a young woman with similar features whose face he can surgically remove and then graft onto his daughter’s. At first, Christiane is so desperate to have her face and life returned to her that she consents to participating in her father’s cruel surgical experiments. [*SPOILER ALERT*] But as the corpses multiply and her knowledge of the young women who are forced to suffer and die for her grows, she rebels against her father. At the film’s conclusion, with her father torn apart by the dogs he had used as tests for his human surgeries, Christiane wanders alone into a dark forest. She is free, but her soul is dead. The impression we are left with is haunting anguish – Christiane has witnessed the worst and paid the price in pain. In turn, we have become her witnesses.
The genius of the best horror films is how they insist that the pain of soul-death is shared between what happens on the screen and what is felt by the spectator, long after the film has ended.
The 10 leading causes of death in the world:
ISCHAEMIC HEART DISEASE

Director of Neurocritical Care,Mount Sinai Health System and Professor of Neurology and Neurosurgery at the Icahn School of Medicine at Mount Sinai
Obviously the most painful way to die is to undergo some form of torture, like what you might see on an episode of Homeland. There are all kinds of horrible scenarios… but I’m more interested in a day-to-day phenomenon that is much more real.
Unfortunately, we witness high tech deaths in the intensive care unit on a regular basis in the United States and much of the developed world. This scenario plays out again and again with people who are at the end of life, attached to ventilators and other machines that only prolong the dying experience and increase pain and suffering. It's simply too painful emotionally for decision-makers to switch the plan to comfort. The psychological defense mechanisms are intractable.
The solution to this tragedy will come from our ability as a society to accept our own mortality. The problem is the denial of death. The solution is to face this reality clear-eyed, honestly, and with courage and serenity.
About 100 billion people have died in human history.
Source: BBC
— OVER 70% OF AMERICANS DIE in a hospital or other institutions, such as long-term care facilities.
Source:  American Psychological Association

Posted by HORN OF JUSTICE at 10:17 AM No comments: