From Wikipedia, the free encyclopedia

The Ellis Island Medal of Honor is an American award founded by the National Ethnic Coalition of Organizations (NECO)[1] which are presented annually to American citizens whose accomplishments in their field and inspired service to the United States are cause for celebration. Past Medalists include seven U.S. Presidents, several world leaders, two Nobel Prize winners and countless leaders of industry, education, the arts, sports and government, along with everyday Americans who have made freedom, liberty and compassion a part of their life's work.

The medals were established at the time of NECO's founding in 1986; a ceremony is held each May on Ellis Island. All branches of the United States Armed Forces traditionally participate. Both the United States House of Representatives and United States Senate have officially recognized the Ellis Island Medals of Honor, and each year’s recipients are read into the Congressional Record. The Great Hall where immigrants were once processed hosts the gala dinner which follows the ceremony. Approximately 100 medalists are honored each year. Past medalists include seven Presidents, including current President Donald Trump, as well as Nobel Prize winners and leaders of industry, education, the arts, sports and government.

Past notable medalists include: 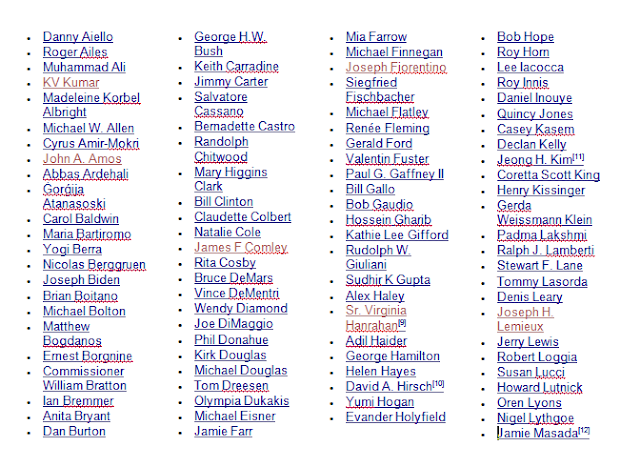 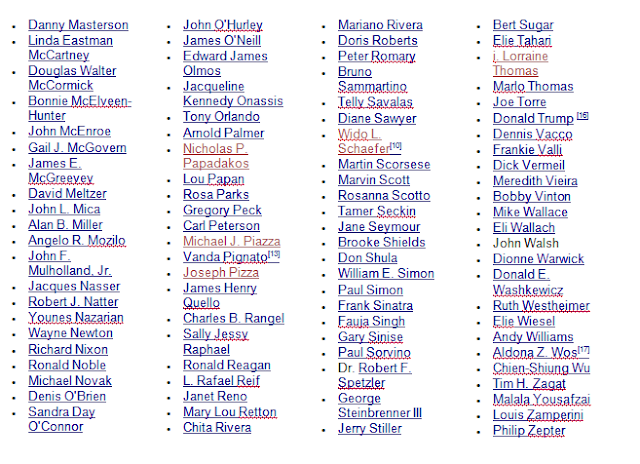 Posted by HORN OF JUSTICE at 4:46 PM No comments: